Commercial Data In Use

Satellite images are only as good as their resolution. The smaller the pixel size, the sharper the image. High-resolution satellite imagery tracks the changing human footprint across the globe, including rapidly growing cities, urban sprawl, and informal settlements. It also serves the basis for a global effort to map the world’s communities, such as OpenStreetMap, a platform where the imagery is used to digitize maps. 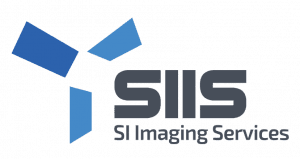 SI Imaging Services (SIIS) is the exclusive company provider of high-resolution satellite imagery (both optical and radar) across more than 110 countries around the globe. It was established in April 2014 as a subsidiary of Satrec Initiative (SI) and started operations as a satellite image and service provider. Later on, the company expanded its activities range to KOMPSAT operations and currently, contributes data to remote sensing applications and Earth observation industries for multiple purposes.

KOMPSAT 2 is an Earth observation satellite launched to obtain high-resolution imagery of the Korean peninsula. It operates in sun-synchronous low Earth orbit with a 5,5 – days revisit time. The satellite is equipped with a Multi-Spectral Camera (MSC) working in a strip mode operation to capture defined observation areas one at a time with a swath width of 15 km Nadir. The sensor delivers panchromatic as well as four-band multispectral imagery with a resolution of 1,0 m/pxl.

KOMPSAT 3 and KOMPSAT 3A were launched to continue KOMPSAT 1 and KOMPSAT 2 missions accordingly. Both satellites are fitted with a pushbroom imager, AEISS (Advanced Earth Imaging Sensor System) with a spatial resolution of 0,5 m/pxl for KOMPSAT 3 and 0,4 m/pxl – for KOMPSAT 3A which was enhanced with IIS (Infrared Imaging System) to operate within the Mid-Wavelength Infrared region of 3 – 5 µm with high thermal resolution. The products obtained from the constellation are delivered as a specific data set: pan + four multispectral or four pansharpened bands.

Being the exclusive distributor of all the KOMPSAT imagery worldwide, SIIS supplies unique products which can assist in:

SpaceWill is one of the main providers of Earth Observation satellite imagery as well as geospatial technologies and information services authorized by the Chinese government for more than 10 years. The core business activity is to obtain and sell optical along with SAR satellite data, but it also deals with data processing, software and diverse solutions development; helps to boost construction of direct-receiving and virtual stations around the globe.

SpaceWill is an operator of SuperView-1 or GaoJing-1 constellation which comprises four Chinese commercial remote sensing satellites. The whole constellation is planned to be completed by 2022. It will include 16 optical satellites, 4 higher resolution satellites, 4 SAR (synthetic aperture radar) satellites and a fleet of satellites with video and hyperspectral cameras.

The SuperView program, also called “16+4+4+X”, was launched in 2016 with SuperView-1 01 and Superview-1 02 and followed by SuperView-1 03 and SuperView-1 04 in 2018, operating in the same orbit phased 90° from each other, at an altitude of 500 km. These were the first “very high-resolution” Earth observation spacecraft, produced in China, collecting data with the spatial resolution of 0,5 m/pxl.

Airbus Defense and Space is the second largest space company and one of the biggest manufacturers of satellites for Earth observation, navigation and telecommunication purposes. This division was formed in 2014 when the European Aeronautic Defense and Space (EADS) was restructured. Airbus Defense and Space GmbH comprises the former Airbus Military, Astrium and Cassidian divisions and now is in the top ten companies working for the defense.

Currently, Airbus DS obtains and offers for both commercial and private use high-resolution satellite imagery from the following satellites: Pléiades 1A and 1B, SPOT 5, 6, 7 among others.

Pléiades (1A and 1B) operate in the same sun-synchronous orbit at 694 km with global coverage in 26 days and daily revisit to any place on Earth. Both satellites are equipped with high-resolution optical sensors providing multispectral and panchromatic products with a resolution of 0,5 m/pxl and footprint at 20 kilometers.

With an improved 2,5 m/pxl resolution along with a wide imaging swath (covered areas of 60×60 km or 60×120 km when operating in twin-instrument mode), SPOT 5 offers a perfect balance between high-resolution and wide-area coverage. Also, the satellite was enhanced with an on-board High – Resolution Stereoscopic viewing instrument to obtain large-area along-track stereoscopic panchromatic imagery with high altimetric accuracy (5-10 m relative and 10-15 m absolute).

SPOT 6 and SPOT 7 satellites were launched to continue the SPOT 5 mission. They operate in the same orbit with other Pléiades satellites and form a 4-satellite constellation. Fitted with two identical Korsch telescopes with a 200mm aperture each, satellites obtain high-quality orthoimages along with broad-swath satellite imagery with a resolution of 1,5 m/pxl which is complementary to Pléiades Very High-Resolution data.

Airbus has entered into an agreement with Twenty-First Century Aerospace Technology Co. Ltd (21AT), the Chinese commercial satellite operator, for the distribution of the images acquired by their TripleSat constellation. A new high-resolution sensor offers monitoring of any place on Earth revealing details as small as 80 centimetres.

All the collected imagery from above-mentioned satellites is available in Airbus satellite imagery catalog. Big variety of data and moderate pricing policy makes Airbus imagery irreplaceable for the following purposes:

Fields analytics based on high-resolution satellite images to track all the changes on-the-spot!

Besides high-res providers the imagery of which you can search and select in LandViewer yourself, we offer an option to order imagery for a certain use case via LandViewer’s support team from our partners, you are not able to directly buy from.

Now, you are able to order a night shooting of the city from Chang Guang Satellite, that delivers not only hyperspectral satellite imagery (0.92 m/pxl), but also a unique product for GIS market – night-time optical imagery with a resolution of 0.92 m/pxl along with a night-time video from space. Despite the numerous open satellite data sources, like “Google Satellite”, “Bing Aerial”, “ESRI Imagery”, “Mapbox Satellite”, operating on the market, you may need a real high-quality data, therefore satellite imagery providers present their catalogs to the public. Today, LandViewer is an official reseller of high-resolution imagery from some of the world’s top data providers.

Follow the link to check the images catalog in LandViewer and feel free to contact our support team for any related queries.

Find and fast-order imagery from 10 commercial collections with resolution up to 40 cm/pixel!

EOS Data Analytics, a global provider of AI-powered satellite imagery analytics, has signed an agreement with Dragonfly Aerospace that the latter will deliver the first satellite for the EOS AgriSat constellation in 2022.

Forest fires cause whopping losses globally every year and often start due to human-related ignition. Therefore, caution and wildfire prevention measures are important. Satellite monitoring helps notice and address the problem on time.

Cloud-Free NDVI In Agriculture: When It Is Needed & Why

Clouds are often obstacles for optical NDVI, which negatively affect image quality and data analytics. Cloud-free NDVI helps resolve the problem as it uses radar-based imagery. This way it is possible to get accurate data even with cloud cover.

You've been successfuly subscribed to our newsletter and will hear from us soon!