Atmospheric Removal is used to correct the atmospheric effects and transforms the at-sensor radiance to the surface reflectance. This correction is a prerequisite to the Landsat image analysis. Each band combination used plays a crucial role in the imagery appearance.

Shortwave infrared (SWIR2) goes down into the low energy wavelength of the electromagnetic spectrum. The band is heavily absorbable by water, and its uniqueness leads it to have a wide range of applications. Generally speaking, the more water available in the section, the darker it will be. As different types of clouds contain varying amounts of water; the spectrum is beneficial for outlining between clouds ice and snow types that can otherwise look alike in the standard natural color photograph.

Near-infrared (NIR) – The wavelengths of the light are adjacent to the reds perceived, but it outside the visible capacity, commonly known as the infrared spectrum. It operates in the best spectral region to identify vegetation conditions and varieties. Water strongly absorbs near infrared which helps it in outlining water bodies (sinkholes and lakes) distinguished between moist and dry soils.

Green – this band is sensitive to the water turbidity differences. Due to the covering of the green reflectance peak from the leaf, it separates the vegetation from the soil. In this band urban areas, roads and barren lands appear with a lighter (brighter) tone, but vegetation, forest, bare croplands, croplands with upright crops have an appearance of a dark tone.

Images with all this band combination provide a natural color image rendition, while also decreasing the smoke and atmospheric influence. Irrigated agriculture, riparian vegetation, and vigorous, healthy forest are lively green while the stressed vegetation is a dull green. Vibrant green and deciduous forests are bright green, while Coniferous forests are darker. Bare soil is mauve and tan, Grasslands also look green, while brown and orange are for the dry and sparsely vegetated areas. Urban areas appear in wavering shades of magenta. Light green spots indicate grassy land covers such as cemeteries, parks, and golf courses within urban areas. Any burned areas appear red, and water is blue. This band combination is useful for agricultural and wetland studies, geological in addition to post-fire analysis of burned and non-burned forested areas and fire management. 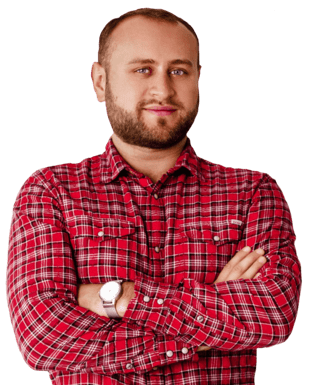 We’re here to help! Don’t hesitate to ask any questions or schedule a demo.