Landsat 5 is a US Geological Survey (USGS) remote sensing satellite. It was launched on March 1, 1984 via a Delta 3925 vehicle from VAFB (Vandenberg Air Force Base), CA. under the Landsat program. Landsat 4 and 5 were placed into sun-synchronous near-circular orbit at an altitude of 705 km, inclination of 98.2º, and repeat cycle of 16 days. The satellite’s local equatorial crossing time is between 9:30 and 10:00 hours on a descending node. The MSS instrument swath width remains the same as before by increasing the FOV (Field of View) of the sensors from 11.56º to 14.92º.

In October 2007, two batteries went down and satellite operation was suspended for four months. In March 2008, operation was resumed with additional restrictions. It represented a full copy of the Landsat 4 satellite with the same tools – a Thematic Mapper (TM) and a Multi-Spectral Scanner (MSS).

The acquisition of Landsat 5 MSS data over the US ceased in 1992, and global acquisitions ended in 1999. Limited acquisitions were made from June 2012 through January 2013. 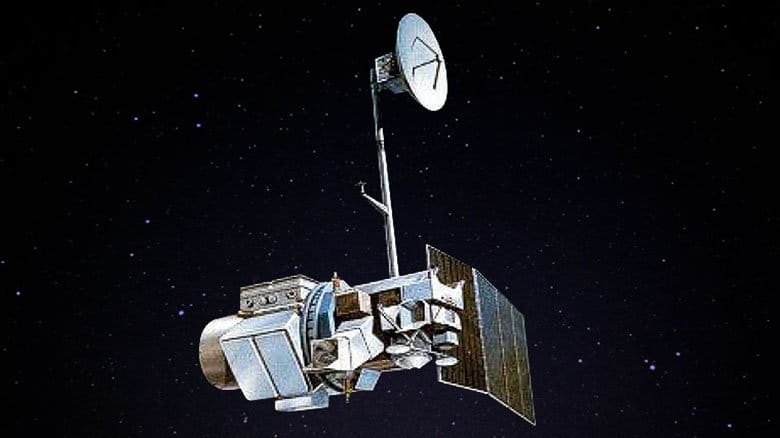 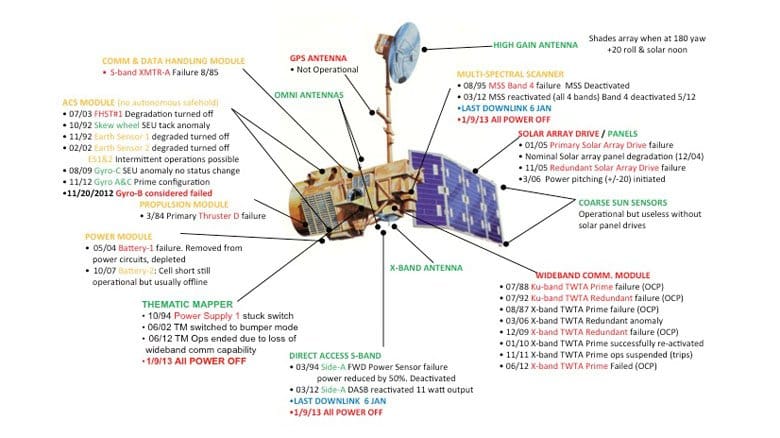