Clear-Cutting Pros & Cons And Its Effects On Forests

Clear-cutting is a disputable forestry technique. Effects of clear-cutting on soil and nature can be adverse. However, there are certain benefits as well. Forestry clear-cutting is often regarded as a synonym for deforestation, yet it is not always the same. The practice can lead to land degradation in the most severe cases, but it can be beneficial for forest regeneration, which is among the most important advantages of clear-cutting. So, when used correctly, it does bring some positive effects to bear in mind.

Clear-cuts are forest-felling when all or most of the trees are removed in the selected area at the same time. The method is the most commercially attractive and thus the most typical one. Commonly, trees are cut uniformly. However, there are other options as well.

Clear-cuts are done for several purposes, which include timber harvesting or forest regeneration as part of a reforestation plan. Removal of old trees is beneficial for forest health because they are less immune to pathogens and diseases. Besides, clear-cuts allow more sunlight for younger trees that do not tolerate shade. As a result, saplings grow in even-aged stands. 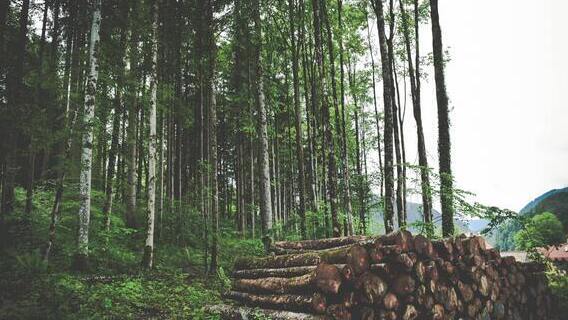 Types Of Clear-Cutting In Forests

There are several clear-cutting practices that differ by choice of trees to fell and the cut area.

Slash-and-burn is also known as swidden agriculture, which is often criticized for its poor deforestation reputation and thus unsustainability. However, it can be both unsustainable and sustainable. In particular, shifting cultivation (land rotation) contributes to sustainability when it eventually ends in forest restoration after decades of fallow years. Sustainable land rotation was practiced by the Forest Finns in the 19th century. An example of unsustainable slash-and-burn agricultural practices is palm oil deforestation.

The practice has its pros and cons, depending on when it is used. It is not the only option for merchantable timber logging, yet advantages of clear-cutting make it the most typical way. Nonetheless, negative effects of clear-cutting should not be underestimated, too.

Does clear-cutting cause flooding? In fact, it doesn’t. Clear-cuts can be a secondary cause of flooding, but not the primary one. It means that it can increase the risk of flooding on a certain territory, but it does not create this risk as such. If the area is already prone to flooding due to other factors, clear-cutting can just boost the probability of this event. So, it is always reasonable to consider current flooding risks on your AOI to choose the most appropriate practice.

Clear-cutting may cause water levels in neighboring currents during the first five to ten years until the saplings start to participate in the water cycle. However, the forest soil has better soil absorption qualities even after deforestation, compared to fields. 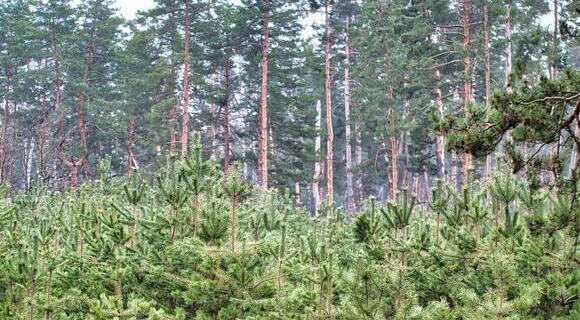 An online sustainable forest management service based on the latest remote sensing technology.

Difference Between Clear-Cutting And Deforestation

Does clear-cutting cause deforestation? In general, no. Clear-cutting is a form of forest management practice that aims to harvest mature trees and let young seedlings grow with enough sunlight and space. On the contrary, deforestation is a practice to permanently log forests for other land use (agriculture, infrastructure objects like roads and power lines, urban planning). Deforestation is tree felling without further reforestation like in illegal logging or slash-and-burn practices.

Deforestation rates differ globally. For example, the forest lands in North Carolina are mostly private. The forest areas remain rather stable there and occupy nearly 60% of the state, as estimated in 2002-2016. Nonetheless, deforestation is still a severe method of land expansion for commercial purposes in many countries. 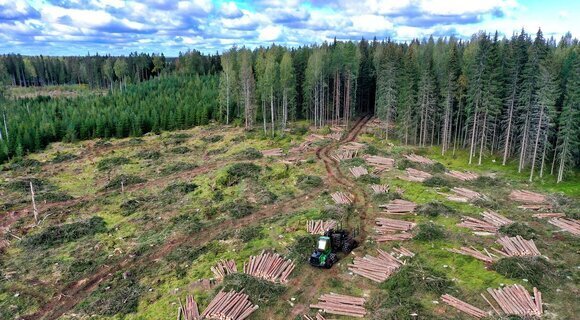 How Long Does It Take A Forest To Recover From Clear-Cutting?

Forest regeneration takes around thirty years on average. New saplings typically appear after five years after clear-cuts and grow about ten feet tall by the age of fifteen. Their height reaches twenty to thirty feet at the age of thirty. After clear-cutting, the number of trees increases: nearly a hundred mature trees are replaced with 300-500 off-springs. With time, their density is reduced due to species competition.

However, for the full recovery (particularly of rainforests), much more time is needed. Tropical rainforests may regenerate up to sixty-five years, and animals play a key role in spreading the seeds over the area (nearly 80%).

It is wrong to consider that clear-cuts always mean forest destruction, and trees won’t grow more. Benefits of clear-cutting make it a useful forest generation practice on the condition of thoughtful reforestation planning. It is optimal when foresters choose appropriate methods for tree recovery, which can be performed with seeds, seedlings, or sprouts. Tree trunks and branches may also give rise to off-springs after cuts.

Among different methods of forest management for commercial harvesting, clear-cuts can be precisely detected with remote sensing. It enables foresters to monitor clear-cutting areas and compare their planned and actual size after the procedure. Forest Monitoring software helps detect illegal logging, fire hazard zones, and the general forest state. In particular, the NDVI index allows understanding how healthy the forest is and how well selected AOIs re-grow after clear-cutting.

Below, there is a tropic forest AOI in Brazil that has been experiencing logging from the end of May 2021 to the end of July 2021. The chart clearly shows the decrease in forest cover area, while the map marks the area territorially.

We Are Here To Help

Due to adverse clear-cutting effects, the method is not always the best option. Still, it is one of the most often used and effective forest management and regeneration techniques when negative effects of clear-cutting are mitigated.

The choice is always up to you. In any case, EOSDA can help manage this process more efficiently with Forest Monitoring. If you have any questions, please, contact our sales department at sales@eosda.com, and our experts will give you a detailed answer. 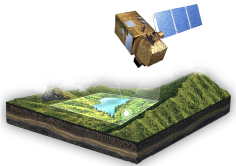