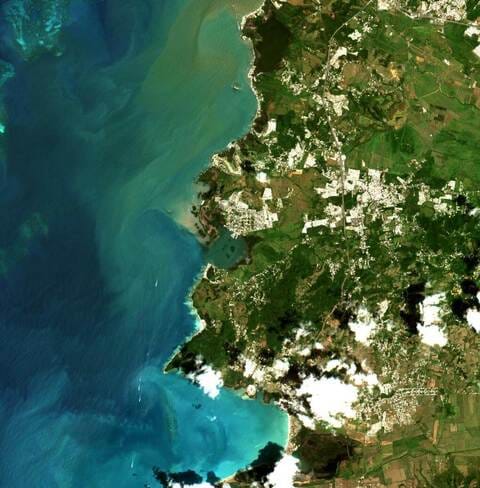 Puerto Rico island, is an unincorporated territory of the United States of America, surrounded by North Atlantic Ocean on the north and the Caribbean Sea on the south.

The satellite image, taken on March 29, 2018 by Sentinel 2, represents Cabo Rojo municipality, located on the southwest of the island with two national protected areas: Cabo Rojo National Wildlife Refuge and Boquerón State Forest – the dark green area close to the bigger of the two gulfs, called  Bahia de Boqueron in the bottom of the imagery. 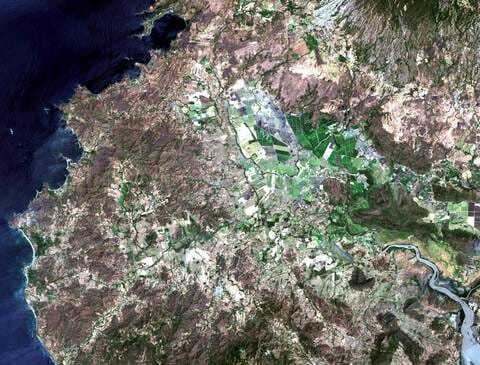 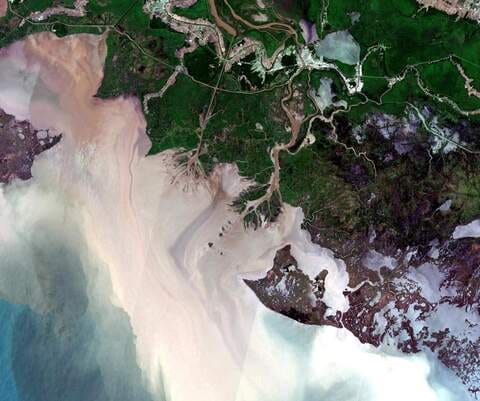 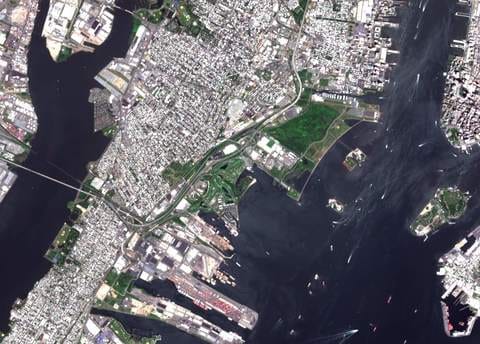 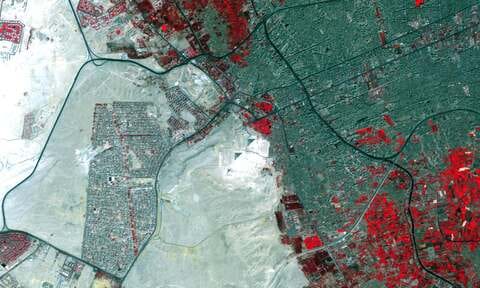 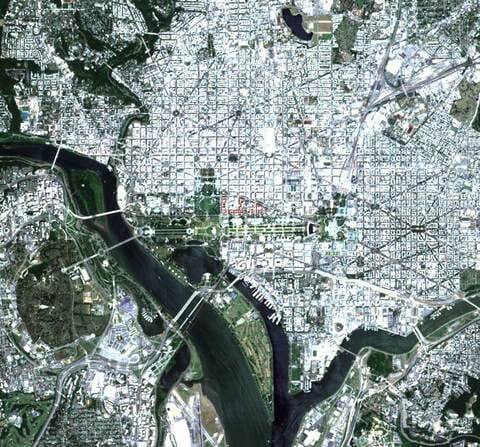 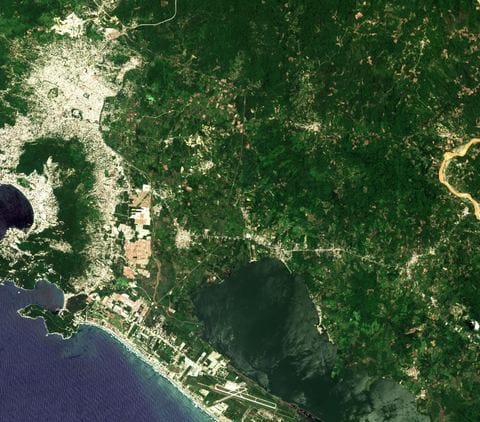